Introduced around 1900, the bucket hat (also known as a fisherman’s hat, bob hat or crusher hat) is nothing new to the fashion world. Originally made from wool felt or tweed cloth, these hats were traditionally worn by Irish farmers and fishermen as protection from the rain. The lanolin (the wax secreted by the sebaceous glands of wool-bearing animals) from the raw wool made these hats naturally waterproof. From the interwar years onward, bucket hats were quickly adopted internationally because of their ability to be easily cleaned, reshaped or to fit inside a coat pocket when folded.

These hats were also widely seen during the 60’s thanks to the TV series Gilligan’s Island and were often worn by members of the Mod subculture. The modern bucket hat however is derived from a tropical hat made from olive drab cotton that was issued to the US Army during the Vietnam War. These lightweight hats became popular among civilians for use in sports such as fishing, and as sun protection. 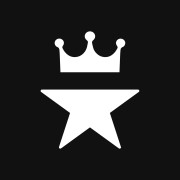 Oh, so you're the kind of person that reads this bit? I'm just a regular dude who's passionate about science, entrepreneurship and building a better world for future generations.

Any cookies that may not be particularly necessary for the website to function and is used specifically to collect user personal data via analytics, ads, other embedded contents are termed as non-necessary cookies. It is mandatory to procure user consent prior to running these cookies on your website.

SAVE & ACCEPT
Send this to a friend